For some people being a role model is a full- time job – and as such needs to be taken seriously. As a singer-songwriter with a digital platform that reaches children and their families across the globe, Brighton’s Al Start is fully aware of her responsibilities.

Not that this was the journey she originally envisaged for herself, rather her dream for a long time was ‘to be k.d. lang’, but in 2008 that all changed. ‘I was kind of forced to do it against my will. I had just been touring the UK and the US, released a solo album, came back and I was broke. I thought: ‘How am I ever going to make money from music?’

So, calling on her previous experience as a playworker, she took a job in a school, where it wasn’t long before a teacher who had seen her lugging her guitar around and going to band practice started asking her to play for the pupils. Al, being what she called ‘a serious musician’, was resistant to the idea. ‘I thought she might want me to sing Kumbaya.’ But she wrote a song called Creepy Castle and brought it to the youngsters with added sign language, because that’s what she had done as a playworker. ‘They absolutely loved it and I really enjoyed it. But I really didn’t want to do it at all to begin with. The amazing thing is now I can sell my shows out in the blink of an eye.’

Al, herself a parent, had hit upon an unmined seam in British music – the performing of proper songs for kids with good arrangements and meaningful lyrics, backed by the sign language element that brings the lyrics to life and works as a learning aid. ‘I put as much effort into writing for children as I do for adults. Children’s music should not be lower quality than all other music, but it often is.’

This month Al launches her tenth album in that vein, Robot. There’s also a range of primary school songbooks, Sing! Play! Learn!, with Go Kid Music (the children’s music company she set up in 2015), published by HarperCollins.

Go Kid Music’s online platform has meant her performances are now seen across the world, making her a household name and a familiar face to thousands of families. ‘I try to be a role model for the children. I take it really seriously. I’ve worked with them for 35 years in playwork, creative arts and now as a singer. They think I’m famous because they see me on their computers and tablets then I go to the show and they are ‘Oh my god it’s Al Start’ and they have stars in their eyes.’

The values she puts into her company – ‘Kindness, respect, being yourself’ – reflect her commitment to helping the kids she performs to develop a positive view of music and lyrics and the confidence to be who they want.

Being quite androgynous, Al is aware of the effect she can have on her audience: ‘I do their heads in because they don’t know if I’m a boy or a girl.’

And she is happy to challenge the gender stereotypes. ‘When kids get to about seven they’re trying to work out who they are in relation to everybody else and gender is a crucial part of that.’

For example, they notice that someone’s got long hair or short hair and make the distinction between what is deemed appropriate for girls or boys. ‘By the time they reach nursery school they’ve already absorbed full-on stereotypes,’ says Al. ‘It’s a process.’

Now she says she is ‘teetering on the edge of wanting to do something with LGBTQ+ and kids’, but some in educational establishments can be reluctant to consider such issues from any point of view other than that of the parents.

Regardless, inclusivity is important to Al, as evidenced by a song called What Makes A Family, which uses the rainbow flag colours to help illustrate how different families can be and that’s how it should be – there are many variations on the nuclear model.

Ultimately, Al’s aim is to: ‘Write songs that permeate the fabric of childhood in the same way everyone gets together and sings the Happy Birthday song. I would like my songs to be there as a part of family culture.’

And her own role models? Musically she cites Michelle Shocked, Annie Lennox, k.d. lang, Horse McDonald… think there’s a theme there. And her ‘hair icons’ were ‘the Fonze and John Travolta in Grease’ – and that’s the power of role models. 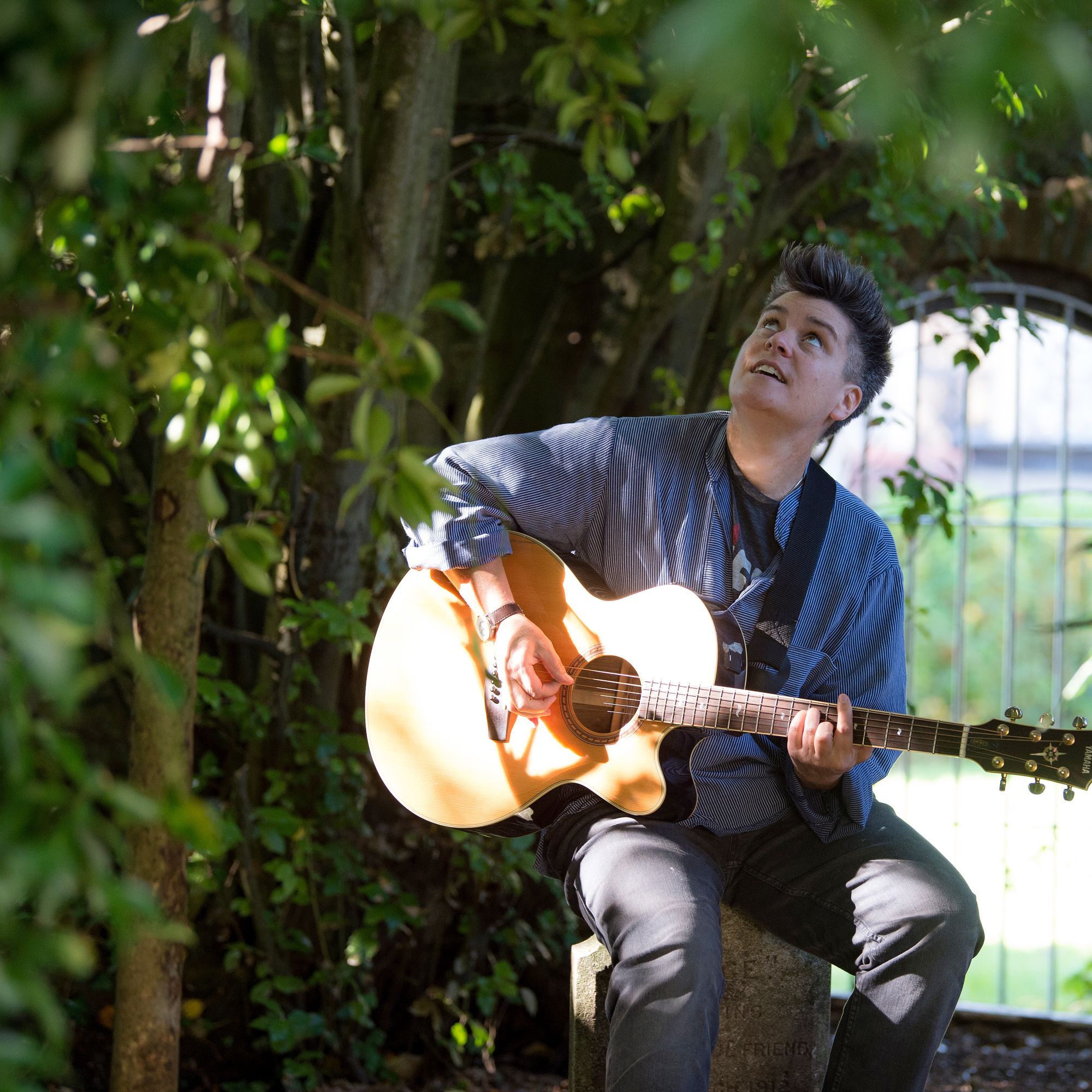